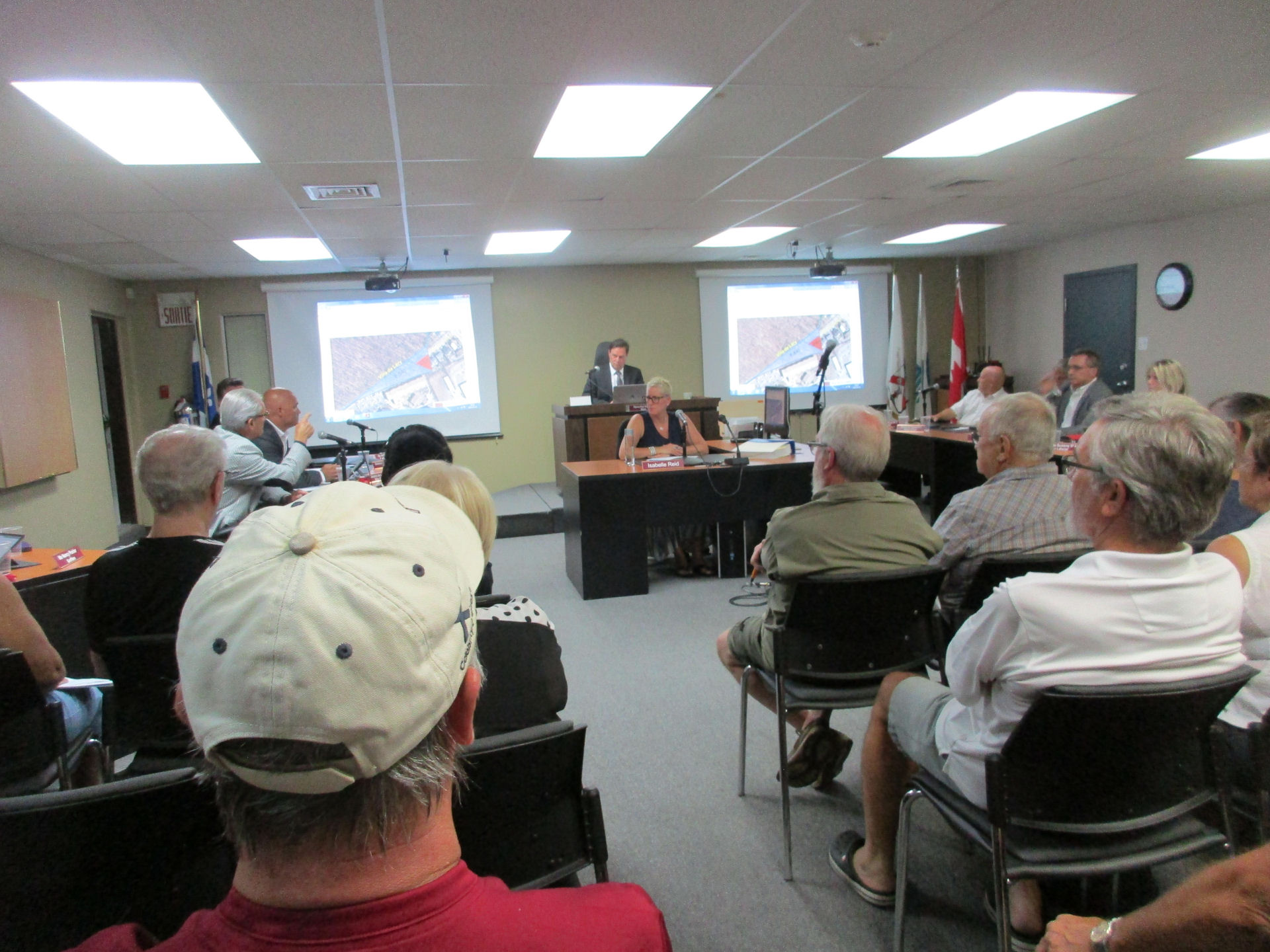 The summer break is over and municipal council is back in session, and that means that I’m back with the recap of tonight’s council meeting, August 20th, 2018. 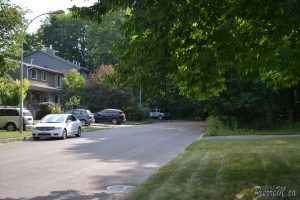 Everyone I talked with before the meeting had one topic in mind, and that was regarding the conservation land status on Maupassant street. An emergency meeting was held last Wednesday, and the room was filled to capacity. The city of Chateauguay had planned on changing the zoning of an entire piece of land bordering the “Green Belt” from conservation status to habitation status. This was to allow the construction of a garage for property owner Raymond Leblanc. However, by changing the zoning to allow this one project could potentially open the door for more development in this protected land. 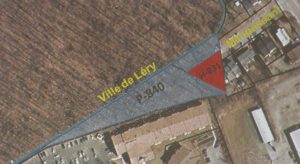 After much discussion the mayor and property owner M. Leblanc came to an agreement. The city would divide the zone into separate parts and only rezone the land absolutely needed for the construction of M. Leblanc’s garage project (H-831), and leave the rest of the land untouched and protected (P-840). M. Leblanc would be allocated approximately 8000sq/m of space, and the remainder of his land claim, which totals to about 6000sq/m, will be sold back to the city of Chateauguay for the token sum of $1.

Many residents were relieved to hear this, however some were still concerned, since this still leaves a large portion of land in sector P-840 at risk in the future. The mayor explained that this land bordering Lery is owned by a developer from Lery. The city of Chateauguay has not been approached by this owner to rezone his parcel of land for development, yet.

So in this instance, the fight appears to have been won, but the war is far from over.

On the topic of zoning changes, the city has adopted changes to Zone H-304 and H-341 on Pascal street. The sectors were designated for single family homes, but will now allow 3 family homes. The number of parking spaces has also been adjusted to reflect the increased density of the sector. 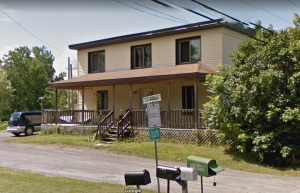 Further steps have been taken in preparation for the new residential construction project on Albini street. A request was put in to demolish an existing historic house built in 1864 located at 167 Chemin de la Haute-Riviere. I don’t know how far along the process is, but based on my research, this house is already owned by developer RMR Leblanc. So time appears short for this historic 150+ year old house!

The land near Chemin St-Bernard has been a hot topic all summer long, and was discussed in detail on the July 4th, 2018 meeting. The rezoning of this entire sector has now been downgraded from multi-family / multi-story homes and restricted to single family and row houses.

Ideally for our environment, it would have been nice if the land could have been protected from further development, but based on our available options, it appears this is the lesser of the two evils. It also doesn’t mean that someone will begin building tomorrow. If and when the time comes that a developer wants to build on the swamp and forest space, the citizens will be given the opportunity to voice their opinions.

Work at the old BMR building in the industrial park is expected to be underway shortly. A request was put in to allow garage doors to be installed in the front of the building, rather than at the back. This is a quality of life request, so delivery trucks will load and unload at the front rather than the back, which borders a residential district.

Also in the industrial park, the city has passed the resolution to allow competing towing companies to set up shop, as long as they abide by the rules already in place. See more details about this zoning change from the meeting that was held on July 4th, 2018.

The city has acquired a small stretch of land on Salaberry North, near the Black train bridge, from the commission scolaire des Grandes-Seigneuries, for a total of $2788.14. This will allow the city to extend the bike path along this stretch of road. This does not include the parking lot, or the crumbling wall that has fallen into disrepair. When questioned about what the school plans on doing with that dangerous wall, the mayor explained that the school board was waiting for the environment minister to allow them to repair it. Work to fix the wall and reopening the parking lot will take place sometime in the near future.

Taxis will no longer be allowed to park in the parking lot of the Saint Joachim church on Youville.

There will no longer be discounts offered to youth groups or seniors who wish to rent out hall space owned by the city. This will standardize the price so everyone will pay the same.

October 16th, 2018 at 10:00am will be the last chance for citizens, who are behind on their taxes (missed payment for a period of 2 or more years) to pay their debt. After this time the property will be auctioned off. The city has made a few changes to the process this year. At the auction the city will place the first bid starting at the amount owed on the property (Example, if $5000 is owed in back taxes, that will be the first bid), after that, anyone else can place a bid. If nobody bids, then the city will become the owner of the property. At this time the original owner will have one year from the purchase date to buy back his/her property for the amount owed in taxes, plus a 10% fee.

The city has made a $2100 contribution to the Chateauguay Chamber of Commerce (in return each councilor and the mayor will receive tickets to events held by the committee).

A contract was awarded to company 9030-5814 Quebec inc. for road signage and maintenance at the cost of $27,188 per year for the period of 3 years, with possible 2 x 1 year extensions.

A maintenance contract was awarded to Les Specialistes AVA inc. to maintain the electrical equipment at the pumping stations in our city for the amount of $41,000 per year until the end of 2022. (Approximate hourly wage of a qualified electrician).

A maintenance contract was awarded to Nadco Inc. to maintain and repair the pumping station generators in our city for the amount of $125,000 per year for the next two years, with possible extensions until the end of 2021.

The municipal court will be closing the books on overdue fines that they feel will be impossible to recover for the amount of $36,387, and the city will be doing the same as well, which amounts to $28,000 of funds that they are unable to recover. (Councilor Marcel Deschamps mentioned that some debts are owed and could potentially be recovered from organizations including the MRC Roussillon for renting a room that they have not paid for, and a high school in Chateauguay for not paying their bill to the city. – We will have to follow up on this next month).

A contract has been awarded to CBCI Telecom Canada Inc. for the amount of $48,464.54 for a period of two years to replace the videoconferencing equipment in the Weslow and Marguerite-Bourgeois rooms at City Hall.

The property cleanup team has their eyes on several more properties that have been left in severe disrepair on Paul VI, Montmorency, Maple and Jack streets. Homeowners are being encouraged to maintain your property, or if the city is forced to do it, you will be left with the bill. 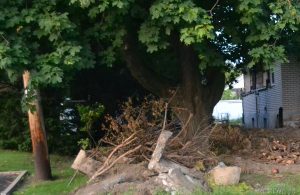 Several citizens presented themselves in regards to the property cleanup program and invited the city to visit a particular home on Seigniory, where the neighbour witnessed the homeowner leave out raw chicken carcasses, open trash cans, dirty diapers scattered in the front yard and a family of raccoons seem to have moved into the 2ft tall grass out front. Another homeowner mentioned a house on Ross street where he has seen over 80ft of wood fence piled up, a rear extension falling off the back of the house, a car in disrepair with half a tarp over it, and a backyard he relates to “a jungle”.

Along with citizen concerns, a resident would like the city to take a look at a bus shelter on Prince street that is leaning back into a ditch, and a community mailbox that attracts too much traffic in front of a school. Another citizen would like parking to be eliminated on Ross street due to it being very narrow and hard to park or leave her driveway. 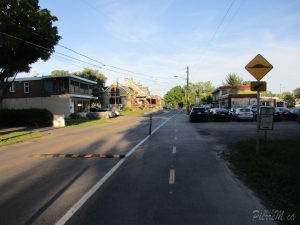 New speed bumps were added on Salaberry South in front of the Old Orchard (northbound) and the Hair Salon (southbound). One issue with that is, many drivers are going around the speed bump. The mayor said if anyone is caught doing that, they could expect at least a $75 fine for crossing a solid yellow line.

Stop sign on Jack Street is up for debate again. It’s not in a high traffic location, but it is a 1/4 mile of straight road where many residents have been seen racing. (Even with the stop sign, according to a resident who lives on the street, nobody stops there anyhow).

The parking lot at Fernard Seguin should be completely paved by sometime in 2019. 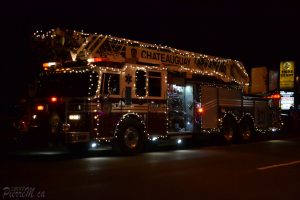 The mayor would like to thank everyone for taking part during Family Day last Sunday. It was extremely successful and the city is looking into expanding this event into an entire weekend of activities next year. Plans are already underway for the annual Christmas activities, and the city promises that we will have an amazing parade, activities for the whole family and a beautiful fireworks show. The city has promised to contribute $16,000 for this year’s celebrations. Mr. Routhier is looking for suggestions on the duration of the event. Normally the Christmas festivities happen over a period of two half-days, the city is looking at making all happen on one entire day, or an entire week of different activities, nothing is set in stone as of yet.

Some concerned citizens were questioning the mayor’s decision to leave up the illegal pre-election posters that have popped up all over town. The city bylaw states that each sign, if they are not removed, should receive a $200 fine per sign per day, however the mayor said it would be a waste of time taking them down, since the election begins in just a few days and most likely the candidates running will do the work for free and take those signs down and replace them with their own. 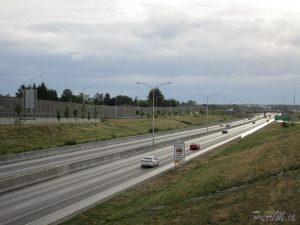 Commercial vehicles being parked in residential streets is another issue that has gotten out of hand in some areas. There are inspectors making sure the by laws are respected, but they work during business hours, times that the commercial vehicles would be working. One resident requested that the city hire inspectors that could work nights and weekends and catch the offenders. The mayor said he would look into the possibility.

Upcoming meetings, the next to be held on August 23rd at LPP school in regards to the noise coming from Autoroute 30. The transport minister will be present to discuss possible solutions to the ongoing problems with the noise pollution.

And August 27th a meeting will be held to award a contract to begin work on the two initial dog parks (Dorais Park and Oliver Park).

That’s it for tonight’s meeting. I hope you found the information useful and informative. Let me know if there is any other information about the meeting that you would like to hear, I’ll do my best to answer. See you next time!