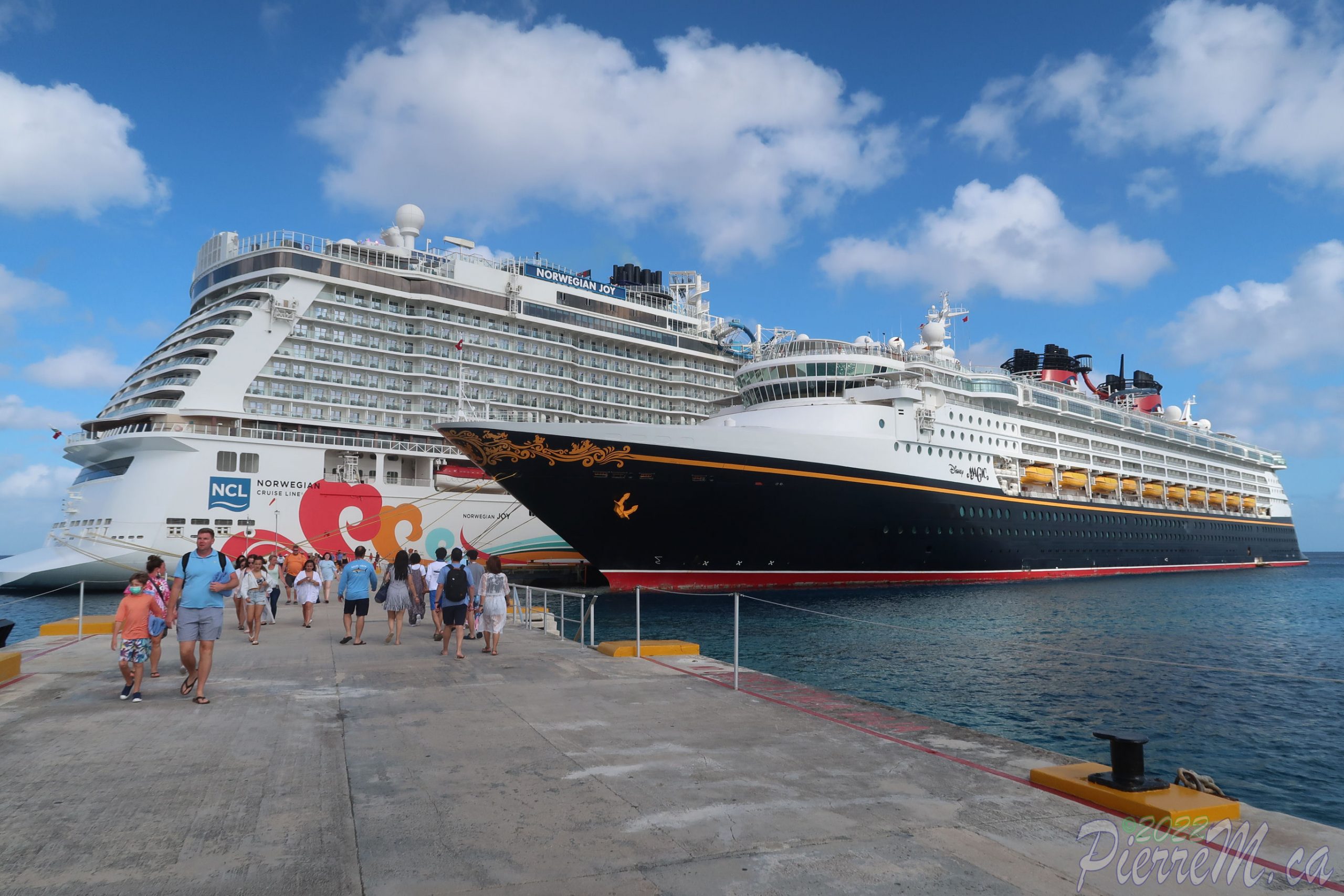 And all during a most difficult time in the world

Over the years, I’ve watched various cruise videos from vloggers and Travel Channel documentaries, but never knew what to really expect when the time came to embark on my very first cruise. And to top that off, it was a Disney Cruise.

It was not just a normal cruise either, and in more ways that one. The family had been planning this cruise for a while, and I only learned about it at the last minute. It turned out to be a family reunion organized by my sister, her husband and his family.

Now, planning any trip is stressful during normal times; considering the circumstances at the time, with the worldwide pandemic which caused restrictions, lockdowns, masks, vaccinations and staff shortages pretty much everywhere, this made the trip even more hectic.

Testing requirements were some of the most expensive and tense experiences during the entire trip. From testing before plane boarding, which in itself was painless and quick, but waiting for the results which could determine the outcome of the next few weeks. And probably the most taxing on our entire family was the ship preboard testing which would affect the entire cruise for the whole family that was with us.

Not only was a negative test required for us to board, but everyone in our entire party had to test negative before being allowed to board. Now, none of us felt ill, or sick beforehand, we were banking the entire cruise on one single swab of a Q-tip, and a 45 minute processing time, all while staring at the beautiful Disney cruise ship, “The Magic”.

After testing we were told to sit in a waiting room in front of large TV screen with cruise confirmation numbers scrolling on the screen. These numbers were linked to our names, and next to those numbers, a message telling us to wait for results, or clearing us to cruise.

Once we received the all clear, We proceeded to board. Very relieved and hungry. We were invited aboard the ship with our names called over the loudspeaker. Only a handful of parties were called aboard at a time, and we each got to meet Captain Mickey before we were invited to “Fathoms” for a pre-departure briefing. This is where we were instructed on how to download the Disney Cruise app, and set up our schedule, and prepare for the modified safety drill, which was as simple as finding out where our muster station was and read a few instructions on how to safely evacuate during an emergency. Now after checking in, it’s off to find the food!

I’m a huge fan of buffets and large food spreads, and this cruise did not disappoint. Our first meal was at “The Cabanas”, a buffet style dining experience with several counters with all sorts of food. Since this was my first cruise, I never knew how their original buffet style was, except that rather than helping ourselves, there were cast members at each food station serving us.

My first plate included craw claws, shrimps, various charcuteries, Disney signature Mac ‘n Cheese, salmon and steak. Soft drinks, coffees and juices were all included onboard as well. And this was only a “taste” of what was to come. Desserts were very impressive as well, with cakes, pies, pastries, puddings, cookies and ice cream!

Now that lunch is complete, it’s off to find our cabins. Just before the cruise we were advised that we had all been upgraded to full balcony cabins near the mid-aft of the ship. So far the entire ship was so beautiful, that even a smaller cabin would not have lessened the experience, but it certainly made it all that more magical. Our luggage was already waiting, and our keys to our cabin were there as well. Everything was so organized and run so smoothly.

After resting for a few minutes, we went to the main deck for the sail away party as the ship sounded the signature horn “When you wish upon a star”, we were off. Through the narrow cruise port, towards the open ocean. The horn sounding again, this time echoing off the buildings on either side of us, even resonating through us.

It was now time for a coffee break at the “Cove Cafe”, a very quiet and comfortable place with friendly cast and delicious beverages. We were invited to enjoy a few crudities along with our coffee, as we observed outside the skyline of Miami disappearing in the distance.

It was almost time for dinner. Food options and meals were available everywhere aboard. This was certainly my type of cruise. Night one was at the “Animator’s Palate”

Our first stop the next day was Disney’s very own private island “Castaway Cay”.