Today marks 8 years since the final 60 Zellers stores wrapped up operations and closed down. Opened in 1928 by founder Walter P. Zeller, the discount chain spread quickly across the country and became a household name. In the 1970’s Zellers attempted taking over the failing Hudson Bay Company, but in a turn of events, the hbc reversed the tables and took control of Zellers.

The 1980’s and 90’s were a time of major expansion for the company, with take overs of the Bonimart / Towers stores and K-Mart Canadian stores. In the west, Zellers Select and Fields stores were popping up as local shops. I would compare them to Giant Tiger. Stores with a mostly complete offering of services, with a smaller footprint of 25-35,000sq/f compared to the 100-150,000sq/f of a standard Zellers store.

Jerry Zucker took over a once again struggling hbc in the early 2000’s and started to turn around the business. He introduced several new policies, and plans for revamping Zellers into a modern family department store. A prototype store was created and looked very upbeat and chic, but still had the Zellers charm to them. The prototype rollout was scheduled over the following 5 years to other stores. Staff from our store was sent to Winnipeg to be trained on the new procedures and we were on schedule to be renovated in the near future.

However, Zucker passing away at an early age, and as a private owner, the company was handed down to his wife, who didn’t want to take control, then sold it to a real estate investor and equity firm, Richard Baker, who made it very clear that Zellers was an unwanted child. He proceeded to cut staff, customer service, air conditioning, lighting, employee benefits, staff discounts, froze wage increases, and stocked the stores full of bulk pallets of cheap items just to fill the shelves. This all made the Zellers bottom line look amazing, profits were huge. Then he began looking for a naive company to offload the chain on.

Reminders of the Walmart takeover of Woolco in the 1990’s, where they took over all the stores but maintained the business and staff and gradually renovated fully stocked and staffed stores. Instead of doing what Walmart did when Woolco was taken over, Baker managed to sell only the leases from approximately 210 Zellers buildings for close to $2 billion to major US retailer Target. Zellers never went bankrupt, but they were effectively thrown out of their own buildings! Made it interesting to Target since many included interesting 99 year leases at strategic locations throughout the country, and they didn’t have to manage existing staff or merchandise. They could enter the country on a clean slate with a building waiting for them.

For Baker, as a real estate investor, and the Lord & Taylor chain recently under his control, the money from this transaction went straight into acquiring Sak’s 5th Ave. He proceeded to dissect the rest of the hbc company and put various parts of it on the market. Toronto head office building, Lord & Taylor flagship New York store, and more recently, Baker’s firm sold off the entire Lord & Taylor company to “Le Tote”, an online chic clothing seller, who soon after filed for chapter 11, and forced the closure of the remaining 35 L&T stores, ending the saga of the oldest department store chain in the US.

It was all a game of numbers for this guy. And when that money ran out, he dumped more stores or chains under his control, didn’t matter, thousands of staff and customers that relied on these businesses meant nothing to him. Deco Decouverte and Home Outfitters were next. And the final end game for his Canadian takeover will ultimately be The Bay stores. First he’ll probably sell the historic centralized buildings they are located in to condo or office developers, then close down the Canadian icon for good when that well runs dry, and move on to other acquisitions.

My predictions so far regarding his conquer and defeat strategy has already begun in Montreal and other major cities in Canada, it seems. The downtown Montreal flagship Bay store has announced a new 25 story office tower will be constructed on top of the existing 130 year old department store. No plans were mentioned as to the future of the department store, but there were discussions recently about merging the Sak’s 5th Ave banner with The Bay, but those ideas have yet to happen. Zoning changes are required due to the height restrictions in the area, but it appears that nobody has contested these plans, so the zoning changes blocking the view of the river might go through without delay. One city councillor questioned the decision at this time for building a huge office tower at a time when less than 50% of the office space in Montreal is being used due to recent circumstances. Will workers ever return to their downtown jobs, or continue to work at home in the future?

The last 15 years were one huge rollercoaster ride and those that stayed on the ride the entire time still remember vividly. After the closures, some retired, others went on unemployment waiting for the next opportunity. A few tried to get work with Target, but according to several ex-Zellers employees, they were turned away because of their age and their association with Zellers in the past. “They weren’t the image Target was looking for”. Store locations that were taken over by Target were extensively renovated and reopened a year later, at the same time brand new store locations were being built for Target and opened a few weeks before they announced bankruptcy in Canada. Shelves were always empty, no customers were shopping, frequent news stories, including those of cultural gaffs, such as not offering bilingual checkouts in a majority English area of Quebec.

According to those I’ve spoken with, various contractors also remained unpaid as well as wholesalers who dealt with the company which by then was under bankruptcy protection. Once the very last Target store closed and the chain left the country, the hbc equity firm began scooping back up some of these locations and began opening Hudson Bay stores in these newly renovated buildings that were only open for a few months by Target and used to be Zellers stores before that.

After the closure of the Zellers chain. 3 stores were converted to hbc liquidation outlets, and as of last year the final two Zellers liquidation stores were closed. Close to 90 years of business, picked clean and disappeared off the map. Who knows what the future would have held if the Zucker plans had come to fruition? Would it have bought the chain a few more years? Or is Walmart so big that they would have eventually chewed up the Zellers chain in the end? Or would it have ended up with a slow and painful death that Sears experienced? Was there room for two major chains in Canada? Customer loyalty was extremely strong, and I’ve met with many people who still talk fondly of Zellers, including the family restaurant with unique food offerings that haven’t been replaced anywhere else.

Stores such as Giant Tiger are on the rise. A Canadian discount chain is trying to fill the void that was left by Zellers and carries many of the same brands and products that Zellers once had. (Home Styles). It’s a good alternative, but just doesn’t have the same feeling or nostalgia that I remember from Zellers. Other Canadian retailers have also attempted to pick up the slack that was left behind when Zellers closed. Canadian Tire has diversified it’s offerings, away from it’s auto parts focus, and more into household supplies, electronics and small appliances. And Dollarama, once known for everything selling for $1 now has expanded its lineup to include $4 and $5 items.

I spent 15 years at the Zellers department store, working my way up from stocking shelves overnight through high school, to customer service in the day. Working in the electronics department for most of that time, until finally taking the reigns and helping turn the department into one of the top performing sectors of the company. I was really proud of our accomplishments, and would often post up the various acknowledgements and awards our store received. It wasn’t always easy going, and there were tense moments and difficult times. But I knew in my mind that I would always put the customer first, and be patient and treat everyone with respect, and still 8 years later I see customers of mine passing on the street, and often at my current job, and we share stories of the past, and remember the history of this almost century old company. 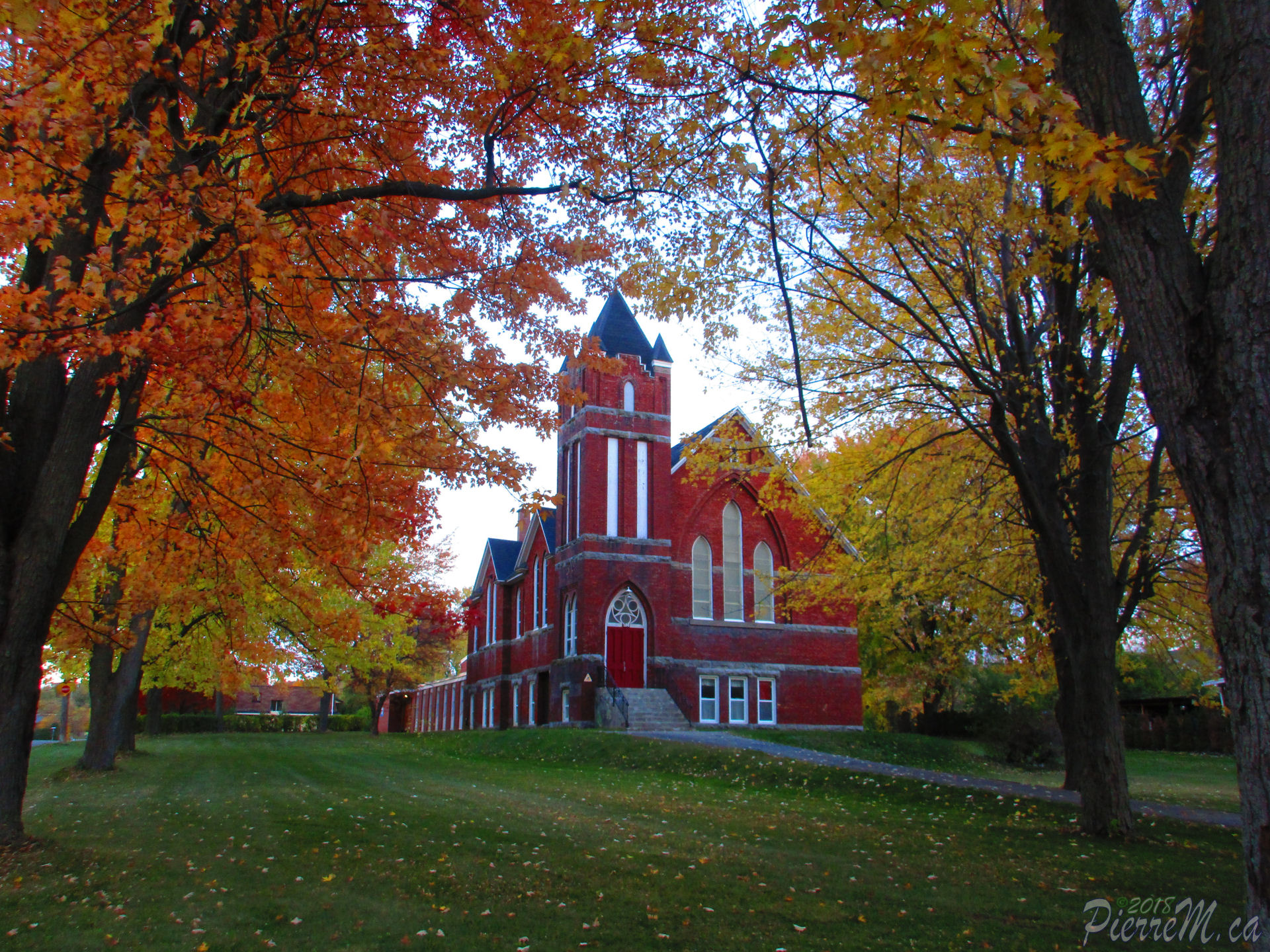 These past few weeks have been very hectic and busy. So on my first day off from work, I decided to take a quiet afternoon walk around our neighbourhood to unwind. The leaves are so colourful this time of year, and I rarely took the time to observe and enjoy nature’s beauty. Here’s a collection of photos from my afternoon. I hope you enjoy them. 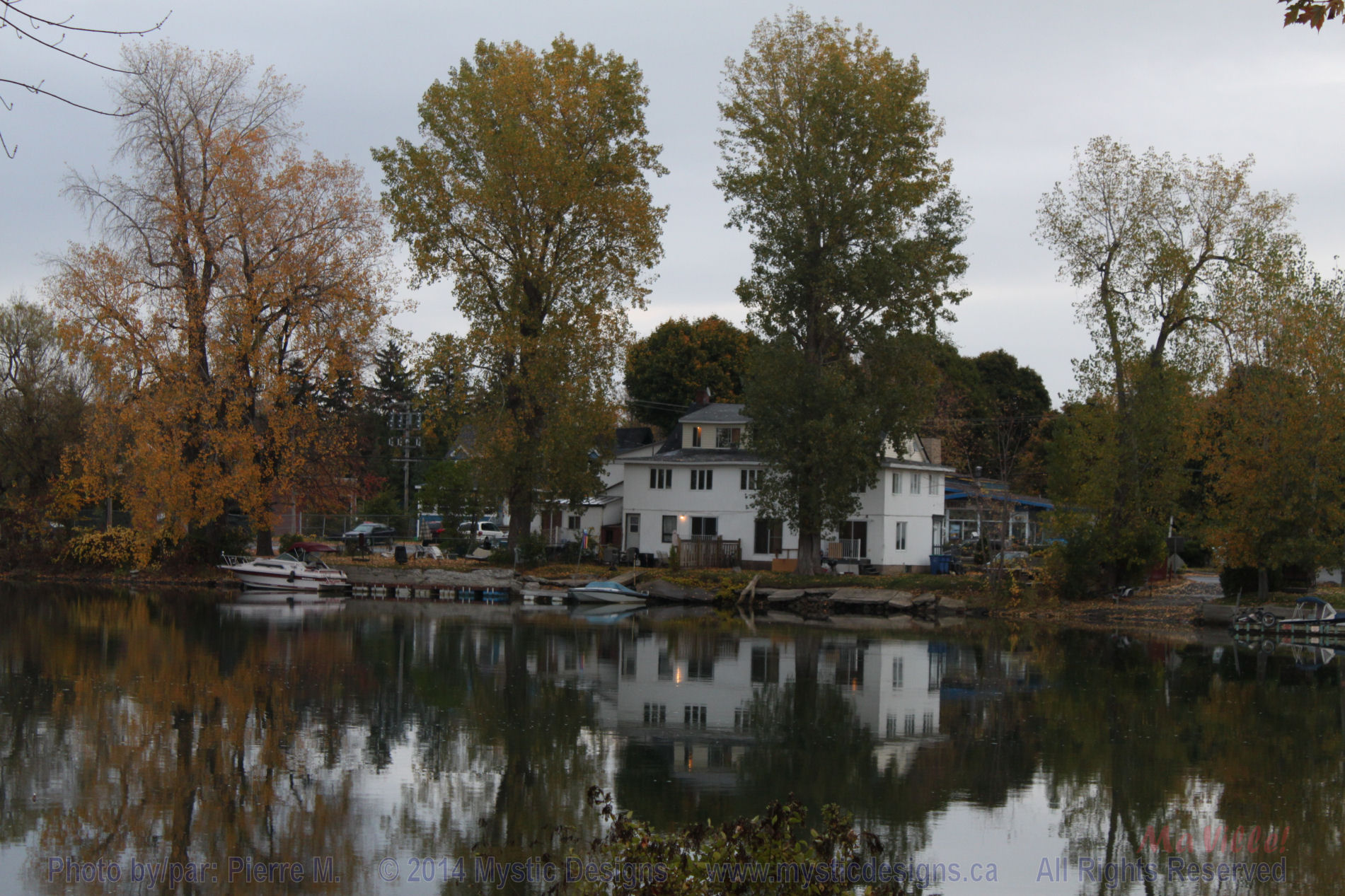 Welcome to my new online project. A photographic journey dedicated to my hobby, my passion for photography and detail for what some might consider the most mundane objects and scenery. I decided to create this site to share with you the various interests that I have and photos that I have taken. I live in a somewhat quiet suburban town near Montreal in Canada. While there is not always a lot of action going on around here, I try to make the most out of what is surrounding me. 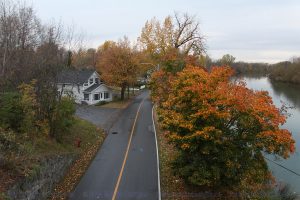 Chateauguay in the Autumn

I still enjoy taking a long walk with my camera in hand and snapping a few photos of our local wildlife or nature, and occasionally I will stumble upon a newsworthy event, such as an accident or fire scene. While not always pleasant, I feel that every photo I take, is documenting a piece of history for future generations to look back on. Perhaps a photo might not seem interesting at the moment, but maybe someday it will be useful to someone.

My interest in photography really began back in college when I was offered to take some photography courses in my program. I knew very little about the intricacies of photography back then, besides the usual point and click functions, and hoped that the photos turned out when I picked them up from the pharmacy. 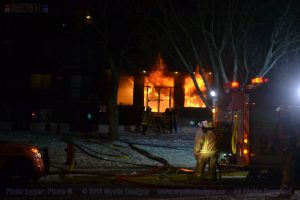 My first camera was a refurbished Minolta 35mm SLR camera that cost me over $400 from a camera shop nearby my school. This place was amazing. They had two floors packed full of camera equipment, film, accessories and very helpful staff who helped me begin my passion in photography. Our course required us to use slide film for demonstration in class, so most of my photos were projects for school. After I graduated, I continued to take photos, but not as often, due to the high costs for film and development. It wasn’t until 2005 before I bought my very first digital camera, that is when I began to take photos as a hobby and I have been taking photos since.

Some people prefer portrait photography, but I enjoy focusing on scenery, wildlife and objects. More specifically bus and train photos, which later included emergency vehicles and vintage cars. Since 2013 I have been regularly photographing the Montreal Food Truck scene, and have photos of close to 100 different food truck vehicles from in and around the Montreal area. 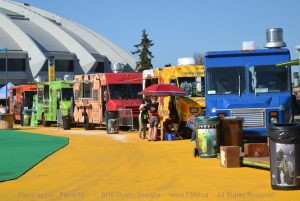 My photos have appeared in various publications and news media over the years, and I have several photo galleries online with my photo content. While this continues to be a hobby, I take my photography very seriously, and I spend a lot of time and money trying to keep up with technology, to have the best quality photos as well as to keep this as fun and affordable as possible.

Thank you for taking the time to visit and I hope you enjoy these photos and stories.