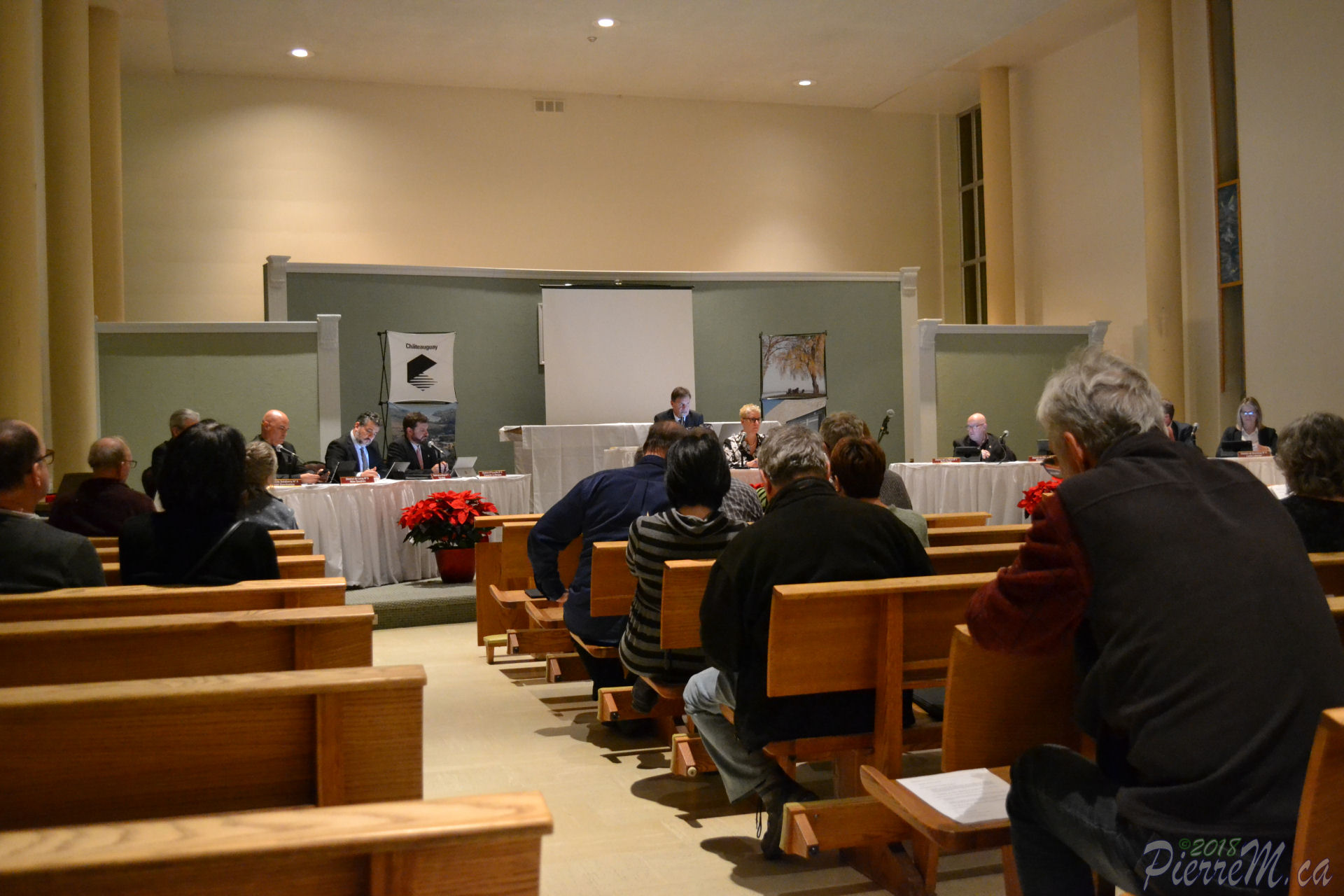 The holidays are upon us, and the council will be wrapping up until the new year, but not before introducing a few new policies, passing the annual city budget and authorizing new public work projects in the new year. For a change of pace, this month’s meeting was held at the Manoir Youville on Ile-Ste-Bernard in Chateauguay. Feel free to check out my photo tour, in the previous post, of this beautiful building.

The most discussed topic in recent months, next to the pot policies, was the housing development project planned for the Lang Farm property between Lang and St-Francis streets (Zones: H-627 and H-606). Residents in the area have been very vocal about their disapproval with the zoning change request from construction promoter RMR Leblanc. Currently construction is permitted for 12 two story single family homes. The request was made to allow for 24 single story multi-family row houses.

A registry was held and residents in the area were asked to vote at City Hall if they disapproved with the zoning change. A local resident started a Facebook campaign to get the word out to vote down this change. However good intentions were meant, it lead to quite a bit of misunderstanding. Several residents who went to vote initially thought they were voting down the entire project, and to protect this piece of land from any development, when in fact the vote was to deny the zoning change from 12 to 24 housing units. Councillor Mike Gendron clarified this and reminded everyone that the project may still go through, but under the original conditions with current zoning in place. When the vote was tallied, 172 residents came out and signed the registry, more than what was needed to request a referendum, and each resident was told that this was not a vote to cancel the project entirely.

When we contacted a few residents who live in the area, they were a little disappointed that the land could still be developed on, but were relieved that there could only be 12 houses now, rather than the planned 24. Concerns involved, traffic, noise, parking spaces and public safety, having so many people situated on the limited size plot of land.

The city had the option to move to the next step and and call for a referendum, but decided to withdraw the zoning change instead. Right now the project is on hold, we’ll learn more at a future time if the developer decides to proceed with his original plans, or leave the land vacant.

Parking has always been an issue in our town, especially during the winter months, when overnight street parking is not permitted. Not only does parking on the street cause delays to snow removal operations, but piles of snow on the street leftover where the truck had to go around. A few new parking policies and rules are expected in the new year. Currently, if a snow removal vehicle meets a parked car on the street, they need to call it in, where a supervisor will contact the police, who will then go over and ticket the offending vehicle. Plans are in the works to allow certain city employees to issue tickets, which will allow police to focus on public safety and patrolling, instead of being overnight ticket agents.

Also on the topic of parking. Many residents in Chateauguay own or work for a company that requires the use of a commercial vehicle. Officially it’s not permitted to park commercial vehicles on private property, however this will change in the new year. The mayor explained that we don’t live in Westmount, and we don’t need to have such strict private residence parking rules. The new rule would also allow for recreational vehicles to be parked in private driveways. While the books on parking are open, a new rule which would limit the amount of vehicles parked on a single family, private driveway to 5 vehicles per household. The mayor explained that it won’t effect most people, but he has seen some households with over 15 cars in the yard, and the new law will be there for these extreme cases. There is no word on when exactly this will be implemented, or if any tickets will be issued for those who don’t comply.

Ticketing will be more streamlined and efficient in the near future. The city is expected to acquire a new intelligent electronic ticketing system. The $200,000 system will allow police officers to scan driver’s licenses and tickets will be issued faster, and payment can be made sooner at the courthouse.

Cars and streets are a big part of our town, and the condition of some street still leaves a lot to be desired, where potholes outnumber solid pavement. 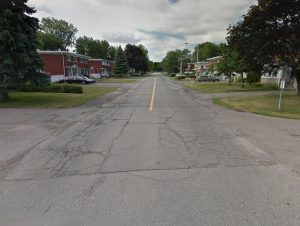 The current budget for road maintenance, and paving projects was $1.1 million in 2018. In 2019, the budget will be increased to $3.5 million. A few major road projects in the works will include the paving of Craik street from Dunver to Parc Bonneau. Before this work begins an environmental study must be made, to make sure there will be no ill effects to the wetlands nearby. A similar study is underway on Industrial near St-Jean-Baptiste, where the width of that road is expected to double to two lanes and bike paths will be added.

Housing projects or land modifications have been a really big part of Chateauguay over the last few years, and several are currently underway, or awaiting zoning changes. Here’s a list of some upcoming projects, and potential zoning changes that the citizens can voice their concerns on:

Two city contributions of approximately $12,000 each for park and recreation space on Haute-Riviere and Pascal.

The city has sold a portion of its property held on Principale street for the total of $130,661 to the OMH organization (L’Office municipal d’habitation de Châteauguay). A non-profit organization with the goal to help those less fortunate find affordable housing. A representative of the group made a request during question period that the new OMH building should be tax exempt for at least the next 5 years. The mayor asked why, and she explained that the group’s finances are very fragile, and paying taxes to the city was not in their foreseeable budget. The mayor then explained that if the finances of this group were so fragile, maybe it wasn’t a good idea after all to sell this property to them. We will follow up on this discussion during the next meeting.

The city will be offering tax credits to homeowners who wish to perform renovations to their homes built prior to 1985. The credit will be equivalent to the increase in taxes due to the new higher value of their home.

Tax credits and rebates will also be offered to new industries who set up in the industrial park, and meet certain criteria, during their first 5 years of operations.

City taxes for all homeowners is going up in 2019. Councillor Marcel Deschamps voted down the 3.6% average increase. To help residents cope with the increase, the city is allowing for 4 payments to be made throughout the year instead of the usual 3 payments. I suppose we should all be thankful that we don’t live in Beauharnois; with the proposed 25% tax increase. Chateauguay still is one of the highest taxed cities in Quebec, based on revenue and property values. Hopefully we will see a dramatic increase in services and road repairs in the new year.

The nomination for Me. Nancy Poirier to become the new city director general. She had temporarily filled the position since the summer after the previous director vacated the post. The city searched for a new director, and finally realized that the best candidate was the person who was already sitting in the chair. The mayor, as well as the council said how satisfied they were with her performance, and that she was a great leader with vision and would be a great asset to the town.

In my personal life, I met Me. Poirier when I was running as a candidate in the last municipal elections. She took the time to sit down with me and explain step by step everything I needed to know, so that I would be prepared for all the tasks required of a candidate. She organized all of the paperwork so that everything was easy for me to read, and on election day, she came to visit me at the polling station to make sure everything was alright, and if I had any questions or concerns that she was there for me. I feel it’s a great choice for the city. 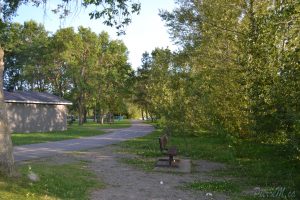 The city of Chateauguay would like to install 4 new boating docks along the Chateauguay River in various locations along the river, such as Parc Laberge, Parc Marcel Sears, Parc de la Commune and Parc Lachapelle. This would allow private boaters to tie up their boats and enjoy a day on the water. Wifi services will also be made available at Parc Laberge, as well as a common sitting area at the end of the dock for everyone to enjoy. There are no longer any plans for boat or kayak rentals however, which were included in plans from the previous administration.

The Sports / Soccer plex debate is still going on. The new multi-sports building is now open, now the decision is what to name it. When you go out and ask people, they’ll either call it the Soccerplex, since that was the original vocation of this building,

but it has since evolved into a place where multiple sports can be played, and talks are underway with a Volleyball organization, so the decision was to name it a “Sportsplex” instead. This did not go over well with councillor Marcel Deschamps, who requested a vote on the matter, and that the city should force the Beau-Chateau committee to officially name it the “Soccerplex”. After several minutes of discussion, the vote was 3 for and 5 against naming the building the “Soccerplex”. During the question period, several citizens brought up their concerns about the actual purpose of this building and the ballooning costs to maintain it, without generating any revenue. The mayor called the previous mayoress an “amateur” and it was her fault for the poor planning and why each citizen is being forced to pay $33 extra this year and $75 the following years.

This month’s meeting was held at the Manoir Youville. I posted a photographic tour of this place in an earlier post. It’s a very beautiful and historic place to be calm and to relax, however it’s huge, and discussions are underway as to what can be done with the building now that the city owns it. Presently the city is operating a retreat hotel here. The scenery is beautiful, wildlife is breathtaking and the historic building is clean and very functional. With over 200 guest rooms, a full sized cafeteria, 3 ballrooms and a perfect location, this place has it all going for it, except word of mouth. Most people don’t know this place exists. On one hand that keeps the place peaceful and calm, on the other hand, a business can’t operate if nobody knows it’s there. The city is looking for your opinions on what you would want see done here in the future.

A suggestion was made this month regarding our public library. Right now it’s simply called the “Chateauguay Municipal Library”, but a naming contest was held and the majority of the votes were to rename the library “The Raymond-Laberge Library”. He was a very passionate man, who was a well respected teacher and wrote the book on Chateauguay. 82.9% of the online vote agreed that the library should be named after him. The other most popular suggestion for a new name was “Bob Marley Municipal Library”.

That about covers this month’s municipal council meeting. I would like to wish everyone a very Merry Christmas and Happy New Year! And Happy Holidays to all! See you in 2019. 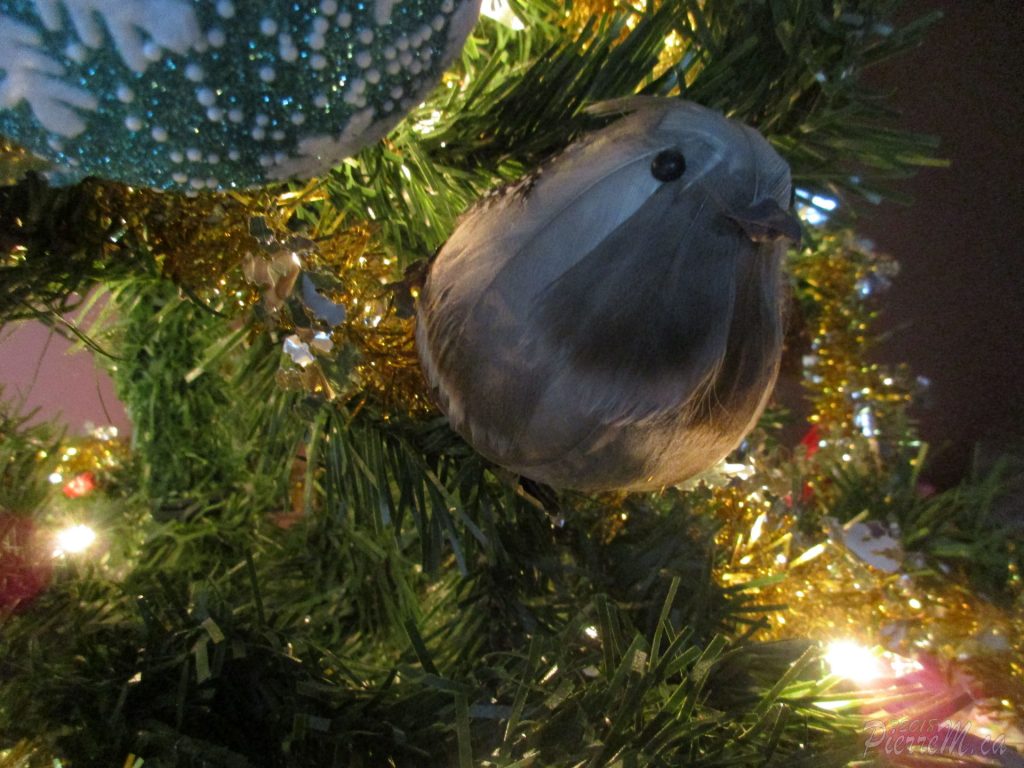